So, as many of you have seen on Tea Love’s Facebook page, I have been talking about how I used an old tea container for my boyfriend’s Valentine’s Day gift.

A while back, my sister-in-law gave me some chocolate mint tea in this charming wooden box.   She wasn’t a big fan of it, but she thought that I might like the tea.

The tea was rather tasty, but I must admit, my main attraction was to the box:

My box of chocolate mint tea from my sister-in-law.

The top slides back and forth on the top, keeping the tea inside fresh.   While the box is not made of a high-quality wood, nor is it very durable, it is not exactly meant to last forever.   However, for some reason, I just could not bring myself to throw away this cute box.   Something stopped me.   It had way too much potential and, as an avid crafter (after all, I have made earrings and necklaces out of used tea bags!), I knew I would find some use for it.   Thus, I stored it away for safe keeping.

Then I met my boyfriend, Camilo.   Also an avid artist and a tea lover, he thrives on the creative.   You can often find him at my Tea Love talks, helping me unpack, repack, serve tea, and just chatting away with anyone with a listening ear.

Well, I got into the television series Dr. Who, a BBC show with a time-and-relative-dimension-in-space-traveling alien., not too long after he and I met.   We were both quickly hooked on the show, often binging on numerous episodes a night just to see what adventure our Doctor would be going on and see how he would save the universe from imminent destruction.   We constantly talk about the show, read about it (especially my friend’s Dr. Who and Theology blog, Whovian Theology), and generally just act like five-year-old children when anything Dr. Who-related comes up.

Then, for Valentine’s Day, I got an idea – why not make Camilo a TARDIS (the ship that the Doctor uses to travel)?

The Actual TARDIS From The Show

So, after a bit of clay molding, painting, gluing, nailing, and frustration, I finally produced a TARDIS worthy of the Doctor. 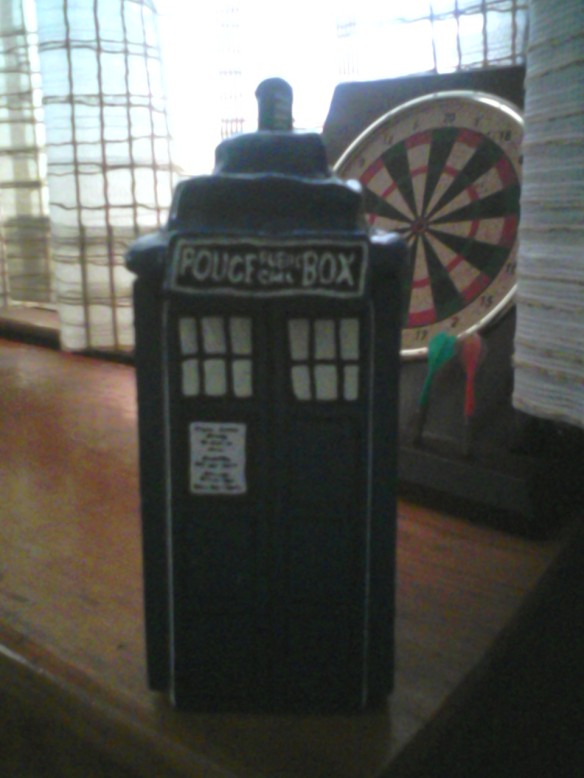 Since the box was starting to part, I decided to nail the side together to keep it secure.   Then I white-washed it so that I had a clean surface (as much as I love tea, I did not want the tea branding to show up underneath the paint).   Using some clay, I constructed the top of the TARDIS, which was also the hardest (the lantern kept breaking off, so that was slightly annoying).   I sanded the box down for a more secure fit, did some painting (including glow-in-the-dark paint so that the TARDIS would “light up” at night), and filled it up with some candy.   Voila!    A TARDIS made from an old tea container! 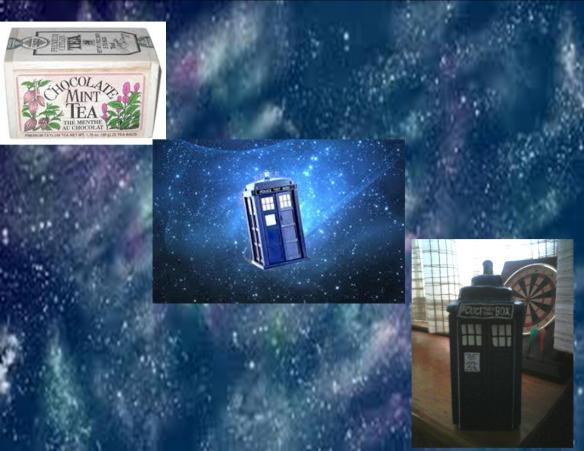 Timeline of the TARDIS

Have anything you have made from old tea products?   I have heard some people who have used their containers for candles and others who have “flower tea pots”.

During the month of February, l’amour is found wafting in the air. The birds seem to chirp a little bit more merrily, the sun shines a little more brightly and roses and chocolates are flying off the grocery store shelves.

Now is also the month where more people search for the elusive love potion, the elixir that is destined to make men and women fall in love and bind fast to one another for the rest of eternity. People have been searching for that special mixture for ages with parties searching for items that were moist, produced flatulence (per eighteenth century Europe) and were warm. Martin Downs, author of Aphrodisiacs Through the Ages, explains, “Almost everything edible was, at one time or another” considered an aphrodisiac.

Of course, tea is no exception to this rule. In fact, it is a common belief that foods and drinks containing caffeine such as coffee and tea might stimulate the senses and cause excitement, thus setting an ideal mood. However, Paola Sandroni MD, neurologist at the MayoClinic and author of Aphrodisiacs past and present: a historical review, states, “I think the effect is much more general,” she says. Though the caffeine might stimulate the central nervous system, they do not seem to give the body the love bug.

That still does not stop stores from cashing in on this idea. Popular tea brand Adagio Tea, which has a warehouse in Garfield, NJ, sells an aphrodisiac tea that claims to be “Like a warm summer’s kiss on the beach, this tea will take your breath away. It’s love at first sip! Need to feel some love? Tangerines and strawberries are natural and tasty aphrodisiacs.” The NY Daily News wrote an article in May 2013 about how Ceylon tea can help rev the libido and improve blood circulation. Going down the aisle of the Asian supermarket, one can often find a box of Horny Goat Weed herbal tea for sale.

Whatever the case may be, what harm would there be to brew up a tasty cup of Masala chai and a box of truffles? Travaasa.com published a recipe that is designed to stir the senses and send the drinkers to Cloud Nine.

— Allow the mixture to simmer for five minutes

— Steep the mixture for 15 minutes

— Boil the water for another five minutes

— Serve in your favorite tea cup and enjoy

Happy Valentine’s Day, everyone!   Definitely one of my favorite holidays since it is such a pure celebration of love 🙂 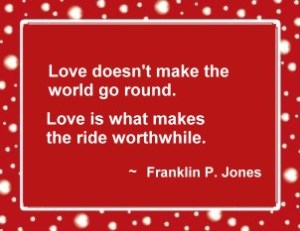